Learn more about our institution 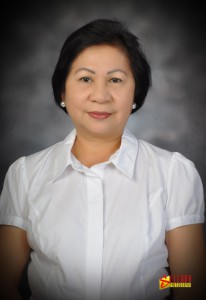 A few words from the
The President

I still have more dreams for ICF. And those dreams are not my own alone nevertheless they are collectively shared by all young men and women of the school, the faculty and staff due to consistent demand of the fast changing phases of time. The vision of success for our school and for the learners is not spelled out by my own words. Instead, it is the dictate for us to compete with modern technology, educational innovations, instructional creativity and unconditioned economy.

Competitions are all around but the best competition is to compete with oneself.I am also challenged to compete with myself.A question keeps bringing me to the uncertainties of the future; “How far am I going to bring people to success?” I am quite optimistic that I can and I always will with the collaboration of course of the people behind me.How can I spell SUCCESS without U?I acknowledge YOU and that is gratifying.

Moving forward is a freewill and that conveys the imperative idea that we have to take hold every opportunity for our individual progress.Each and everyone’s role in the national development is a mandated responsibility. For that reason, we commit ourselves to do what is best for everybody in the workplace for the attainment not only of our local thrust but also our national goals. We may not have gained excellence but excellence for us is doing our ordinary work extraordinarily well. We certainly believe that meeting modern standards is not an overnight task however, taking steps one at a time carefully and cautiously.We have to give in for the welfare of our fellowmen with all our consciousness and eagerness. To achieve this, we have to look back where we have been and look forward where we are going to.

Enriched with vision, ICF provides her clientele a broader horizon of opportunities for more relevant and up-dated instructional competencies.Aside from standardized facilities, curriculum designs were carefully planned to meet the expectations of industrial and commercial sectors of our society.Our advocacy of social transformation makes us work hand-in-hand persistently driven to the new social dimensions in the future generations. Commitment is our desire, hope is our inspiration.

In God we trust.

A dynamic formal educational institution known for its competence and effectiveness; thus, producing educative outcomes competitive to 21st century global learning; appropriate educative system designed to intervene the continual changing conditions in the world of work and socio-cultural diversities thru the provision and utilization of academic sufficiency, digital learning skills, and research in consonance with outcomes-based curriculum.

In response to the needs of the stakeholders, ICF aims to deliver effective instructions that involve the acquisition of advance knowledge, middle level skills, and values reformation across disciplines and professions; more so of creative and critical thinking, problem solving, and decision making skills.

How it all came to be…

The Interworld Colleges Foundation, Inc is a private learning institution devoted exclusively to the service of knowledge, abilities, skills, and values.  This school is owned and managed by Madame Eleanor Contreras Coliamco under the administration and supervision of her daughter Mrs. Mary Ann Coliamco Pabalan. ICF, Inc. is a non-sectarian school; however, one of its sound objectives which is to mold every learner into a God-loving individual remains foremost.  Indeed, the college. respects every religious denomination.  ICF is under the supervision and control of three (3) government agencies, namely: Commission on Higher Education (CHED), Technical Education Skills Development Authority (TESDA), and the Department of Education (DepEd).

This school was first named as Interworld College of Technology, Inc. (ICT) on April 16, 1991 with five (5) members of the Board of Trustees, namely: Eleanor C. Coliamco, President – Julio C. Coliamco, Vice President – Atty. Cherry C. Coliamco, Secretary – Mary Ann C. Pabalan, Treasurer and Aurora C. Domingo, Member.  Initially, ICF was only a technical – vocational tertiary school with a meager number of students. In 1995, the name of the school was changed to Interworld Colleges Foundation, Inc. through legal process.  Madame Eleanor C. Coliamco was designated as President by the Board of Trustees.  She assumed the presidency of this educational institution on April 16, 1996.

In the school year 2000-2001, a remarkable increase in the number of enrollees prompted the management to build additional classrooms in a separate structure adjacent to the main building.  Every year thereafter, significant increase in enrollment was quite observable.

In 2006, the number of classrooms could no longer accommodate the expanding school population.  In order to address the classroom shortage, the Board of Trustees convened and decided to construct a three (3) storey school building on a nearby site, just few meters west of the main building in January 2008.  Upon its completion in May 2009, it was equipped with modern facilities and amenities.  It consists of fourteen (14) instructional rooms, four (4) computer laboratories, a library, a faculty room, three (3) administrative offices (school president’s office, school registrar and cahier’s office, and the director’s office), restrooms for boys and girls in every floor level, a school canteen, and a medical clinic on the first floor level.

The new building was occupied at the beginning of school year 2009 – 2010 housing all college students.  An additional speech laboratory was installed in 2010.  In the same year, the Human Resources Department was created as suggested by CHED Office during their visitation.  Likewise, the Research and Community Extension was created also as required by the CHED Officials who evaluated the school.

During the school year 2011 – 2012, the management hired an additional department head, the Dean of the computer department who reorganized all computer programs (Computer Science, Computer Programming, Associate in Computer Technology, Computer Hardware Servicing, and Computer Secretarial) into one department and named it as College of Information and Computer Studies (CICS).

Considering a popular request of the students and parents as well, the school management applied for the opening of additional TESDA programs in school year 2012 – 2013 congruent to the existing Food and Beverages NC II Program.  So, upon the completion of all the requirements in May 2013 and after the inspection and auditing of the facilities by the representatives of TESDA Provincial Office, the assessment and evaluation of the requirements was rated “outstanding” for each of the three (3) laboratories.  On the first week of June 2013, the school was granted a permit to open three (3) additional TESDA Programs, namely: Bartending, Front Office, and Housekeeping.  The certificates of program registration for the three (3) courses were signed by TESDA Regional Director on June 27, 2013.  Since then, the Food and Beverages Services NC II was enhanced to Hotel and Restaurant Services comprising of four (4) programs.

In cognizance therefore of the responsibility as an institution of learning in molding young learners and in developing them for their eventual place in society, ICF, Inc. strives to perform its modest role of being just a little tooth in the whole educational system.  It embraces the belief that every learner can learn with confidence.  It takes the challenge to share in the task of nation building by continuously upgrading its capacity to provide and render services expected from it through enlistment of competent teachers and providing quality education to students.

Hail to thee, our dear ICF
School of keen and noble youth;
Here they come – to drink thy waters
From thy fountain oure of truth
They all heed – the prudent counsels
Of wise mentors leading them,
To exalted peak of greatness,
To the glorious hall of fame.

Thou art great our Alma Mater,
We thy children are great too;
We unfurl – thy banner sublime,
And we raise thy torch aglow;
Now we sing eternal praises
For thy glory is untold,
We renew – our pledge to love thee
And thy honor we uphold.

Yes, we all pledge our loyalty
And never, never forsake thee.